Why did Pokémon GO Take Social Media by Storm? 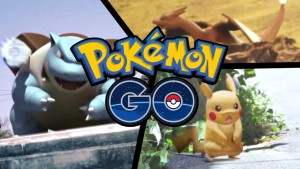 Statistically speaking, you are either taking a break from playing Pokémon GO right now or simply sick of hearing everyone talk about it on social media and on the news. The success of the game came overnight, with an outstanding number of users that immediately began downloading the free app despite it being unavailable in most countries, with players looking up ways to download the game from third party app stores and bypassing the region lock of the game.

It is difficult to say whether the game became so popular solely due to the nostalgia it stirred in the generation that was born in the 90’s when the show was extremely popular or if it was caused by the domino effect that the sudden launch created on social media. But we can confirm that both of those factors were major players in achieving this.

Pokémon GO is not the first game to use AR (Augmented Reality) combined with GPS and maps, as this technology has been available and has been used before by many games like Ingress, Life is Crime, Parallel Kingdom and many more. While those games were certainly popular and attracted a lot of attention from mobile gamers, they barely scratched the surface in comparison to Pokémon GO, that managed to overtake the record of daily users on Android of the social media giant Twitter. Pokémon GO has even increased the value of Nintendo by $9 billion in just one week and helped Nintendo to become the most traded company by value of shares traded this century on the Tokyo stock market, surpassing the likes of Tokyo Electric, SoftBank and Nippon Steel, according to Bloomberg. This is all despite the fact that Nintendo only has 33% stake in Pokémon franchise.

This phenomenon is unprecedented in gaming history, even with AAA titles like GTA V, Halo, Call of Duty, etc… So how did The Pokémon Company & Niantec (the game’s developers) achieve these numbers?

The hype for Pokémon GO isn’t new, in-fact; the game has been grabbing gamers’ attention since it was teased by Satoru Iwata of Nintendo and Tsunekazu Ishihara of The Pokémon Company as an April Fools’ Day collaboration with Google in 2014, called Pokémon Challenge. That collaboration created a lot of buzz in the gaming world and Pokémon fans started demanding an actual game to be built on that premise. Ishihara was a fan of developer Niantic’s previous augmented reality game, Ingress, and saw the game’s concept as a perfect match for the Pokémon series. Niantic used data from Ingress to populate the locations for PokéStops and gyms within Pokémon Go.  The game was only officially announced on September 9th, 2015 where The Pokémon Company uploaded the game’s trailer on YouTube securing 35,978,235 views to date.

The game was only released in beta form in Japan to select testers in March 2016 and slowly began recruiting testers from different regions in the world. This caused some footage to be leaked by some of the beta testers, which only further increased the hype as gamers started drawing speculation and buzzing around what the game would be like once it is released. The Pokémon Company did not give a specific date for the game’s release until early July when they announced its release in 3 countries only on July 7th 2016.

The Pokémon Company’s silence about the game and limited advertising, with only two trailers being released, caused the gaming community to speculate and create this hype. Furthermore, the game’s gameplay mechanic of forcing players to move about has caused authorities to highlight their concerns on the safety issues that the game poses, which in turn raised the awareness and exposure of the game on press and social media alike.

Whatever it is that stirred this mania, it is clear that the game is only going to increase in popularity as it becomes officially available in more countries. While some argue that the hype will die out soon and the player base will be limited to those loyal to the franchise, Niantic promises constant updates and patches to improve gameplay by including new mechanics (Pokémon trading, trainer vs. trainer battles, etc.) and expanding the game’s Pokémon roster (as they currently only have 151 Pokémon out of 721), it will surely be interesting to see how they will try and maintain this massive player base.

You can go back to playing the game now! Happy catching and remember, don’t Pokémon & drive.