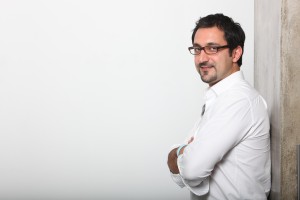 Meet the other face of what may perhaps be the Middle East’s second wild success story in dot com entrepreneurship: Sohrab Jahanbani. Together with Co-Founder, Dan Stuart, they launched Dubai-based, GoNabit, the Middle East’s first group buying site that was just purchased in July 2011 by LivingSocial for an undisclosed sum.

His efforts that lead to the creation of GoNabit were nothing short of seminal. After having read an article in November 2009 about the group buying phenomenon in GigaOm, Sohrab became compelled by the idea that pooling consumers together could bring down the prices of goods and services in what amounts to a win-win situation for both consumer and merchant. At the time there were only a couple of group buying companies in the US; being the first to attempt such a thing in the Middle East would be no easy decision. “I think the big fear is that you launch something cutting edge like this only to hear the sound of crickets chirping,” Sohrab explains.

And perhaps there is something about disruptive business models that seem to hook entrepreneurs despite this fear factor. Sohrab and Dan were each separately convinced of the potential success for a Middle East group buying website. Dan had already written a business plan for the venture, and when he and Sohrab met through mutual friends they began working together on the business within a matter of days.

Unlike most entrepreneurs who start a tech venture, Sohrab approached the challenge with a wealth of entrepreneurial experience from London and Jordan. He spoke to me about the need to be realistic. Sohrab was looking hard at several business models with an eye for a few criteria: the venture would need to require a low investment of capital, yet be exciting enough to attract a team of talented partners from the outset. When all of this is addressed, what you have is the ability to tackle opportunities whose risks get safely distributed — it is a lesson that so many entrepreneurs could stand to benefit immensely from.

Yet no matter how much risk you spread, there comes a day where everyone on the team pretty much has to make a decision to prioritize the start-up. For Dan Stuart, it would be assuming the responsibility of leaving his role at Bayt.com, and for Sohrab it would mean dealing with lost opportunity costs and further displacement from his core expertise in telecommunications.

Dealing with the decision

GoNabit’s first official work day, or the day when Sohrab and Dan decided to roll up their sleeves on the same table, was March 15th, 2010. The website launched May 26th, 2010 just a little over two months later!

Despite that obvious advantage of not requiring much lead up time to start-up, here is another one: focused deals allow group buying sites to experiment often and early without getting burned in the process. Their first deal for Dubai-based Burgerhouse would sell 36 vouchers which wasn’t exactly the crickets chirping that Sohrab had feared.

This strategy, conscious or not, reminds me of what some business leaders call “low burn experimentation”, or the idea that entrepreneurs must assume the role of scientists testing market viability prior to investing too many resources. Had the deal not panned out, maybe they would have tried a few other deals before backing out, perhaps returning to their previous commitments without anyone really even noticing what had happened.

That said, here are some of the process-oriented aspects of running this kind of business that take time to perfect and can actually be quite costly; these are points which Dan and Sohrab believe define them vis-à-vis the regional competition:

I bring this up to remind people that the cost of business can be quite huge. But with Sohrab’s story, in particular, we suspect that the timing of execution is everything.

(Or watch it on Academic Earth)